Conceived and delivered to celebrate Her Majesty The Queen’s Diamond Jubilee. The Royal Windsor Horse Show platform was expanded to include an equestrian Pageant and an Armed Forces Muster.
Our role was to coordinate and oversee on behalf of the organisers, H Power Group, over 50 contractors, shared infrastructure management for site services, accreditation protocol systems and full technical production.
The 625,000 sqm site for the Pageant played host to over 550 horses and 1200 participants from 18 different countries, with over half being accommodated on site. ITV host broadcasted and brought headline talent to the equation.

The Horse Show required infrastructure for an extra 1500 horses and 25,000 people over five days. The Armed Forces Muster allowed a live on site audience of 4000 and via the BBC thousands more to watch 3000 troops march and parade in front of Her Majesty The Queen in honor of this special occasion. 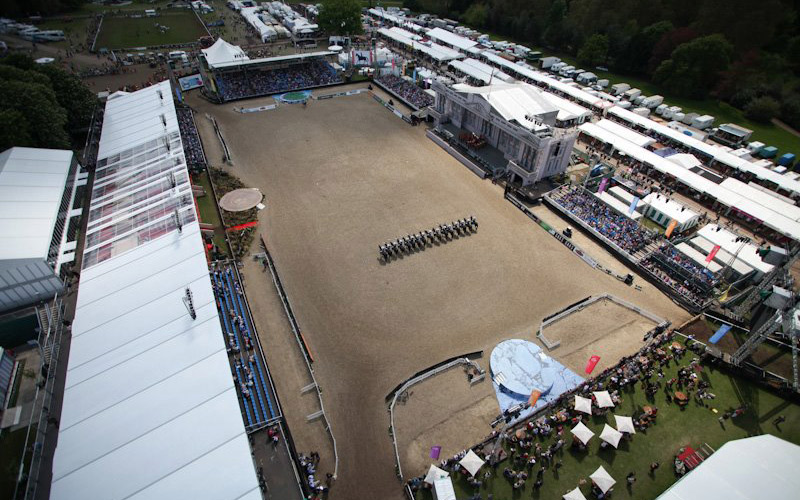 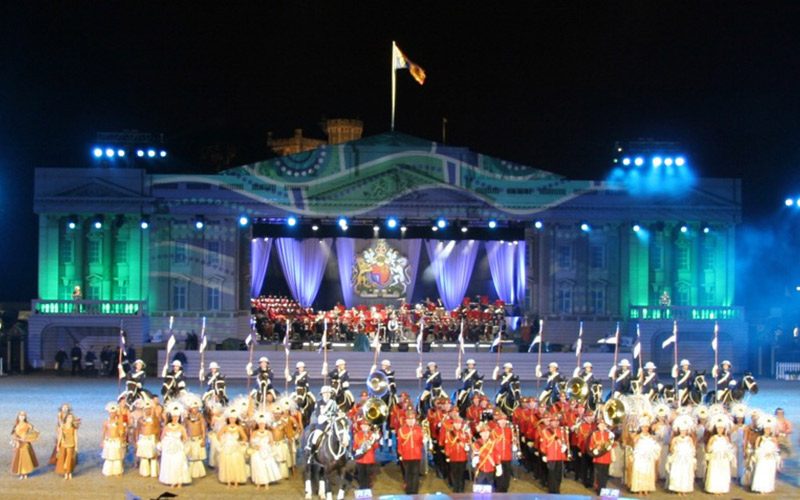